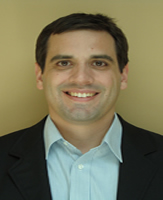 Matt grew up in Olean, NY. He left Western New York for the blue skies of North Carolina where he ended up working as a school psychologist for two years. In 2003, he entered graduate school at the University of Texas at Austin. At Texas he worked under the mentorship of Tim Keith who introduced him to latent variable modeling. He soon realized the important role that quantitative methods would play in his being able to answer, as well as to ask with more clarity, his research questions. Therefore, he decided to pursue a dual specialization in quantitative methods and school psychology. He graduated in August of 2008 with a Ph.D. in Educational Psychology (School Psychology and Quantitative Methods). He has accepted a faculty position in the Psychology and Research in Education Department at the University of Kansas.

He will be teaching in the School Psychology Program. He plans on continuing his research in using latent variable modeling techniques to understand sex differences in human cognitive abilities, phenomenon such as Spearman’s law of diminishing returns, and how broad and specific abilities, beyond g, influence children’s learning.