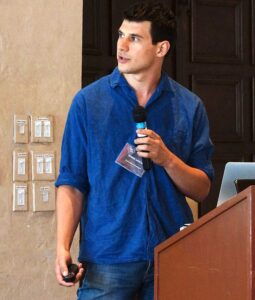 
Ruben was born in Aachen, Germany, and studied psychology at Humboldt University Berlin. He is now working toward a PhD at the Georg August University Göttingen in the Biological Personality Lab with Lars Penke.
His research takes an evolutionary approach to individual differences. He has studied paternal age effects on intelligence, personality, mortality and fertility. He hopes to gain an understanding of mutational influences on individual differences and by extension the genetic architecture of traits such as intelligence.