Aljoscha Neubauer of the University of Graz has been awarded the Lifetime Achievement Award for Outstanding Contributions to the Field of Intelligence, ISIR’s highest honor. Aljoscha obtained his PhD at the University of Graz, Austria in 1986 and subsequently obtained his venia docendi (habilitation) in 1994 on the topic of intelligence and information processing speed. His experimental and meta-scientific work in this area contributed substantially to the understanding of the efficiency of neural networks. 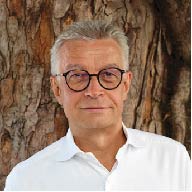 His background in neuroscience led him to becoming particularly interested in the idea of biological intelligence measurement as a complement to standard psychometric approaches. The early 1990s also mark his first involvement in research about defining characteristics of neural efficiency. His work was instrumental for identifying task difficulty as a key variable influencing neural efficiency. He continued to work on the creativity and intelligence link, which stimulated research in an area that had so far received comparatively little attention. Most recently, he directed his attention towards efforts towards human enhancement in the sense of transhumanism. He paved the way for the future of intelligence research by identifying the challenges that newly emerging critical concepts such as artificial intelligence pose to our discipline.

Aljoscha Neubauer has published more than 300 papers in his career, he has been the president of the International Society for Intelligence Research (ISIR), the International Society for the Study of Individual Differences (ISSID), and the Austrian Society for Psychology (ÖGP). He is a section Editor of the Personality and Individual Differences and Editorial Board Member of Intelligence. The Individual Differences Chapter of the German Association for Psychology honored him with their William Stern award for outstanding achievements in individual differences research. However, besides his scientific successes, one of his foremost desires is making his findings available to a broader public. In pursuit of this goal, he has published three books on intelligence and related topics so far and has been a vocal advocate for intelligence in the popular media.