The Lifetime Achievement Award is ISIR’s highest honor, reserved for individuals who have, over their professional lifetime, substantially advanced the field of intelligence. 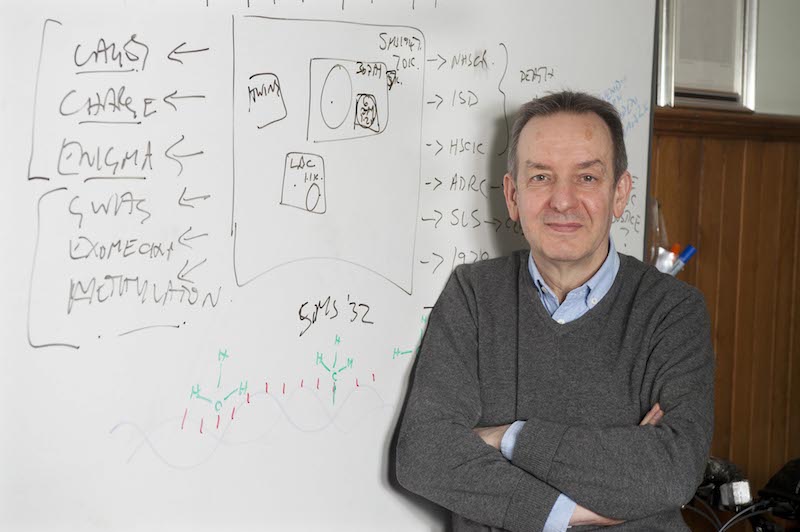 The 2014 awardee was Professor Ian Deary
Interviewed for the award, Professor Deary summed up his work as follows:
“I feel like four different people in intelligence research,” says ISIR’s Lifetime Achievement Award winner for 2014, Ian Deary. “I started by being, and still am, intrigued by the fact that simple-seeming measures of processing speed correlate strongly with higher-level cognitive abilities. There are still many miles to go on that road. My research changed a lot in the 1990s, when we stumbled on the Scottish Mental Surveys’ data. Since then, I’ve assembled research teams to try to discover the causes of people’s differences in lifetime cognitive ageing. And I credit those Surveys’ data for properly starting the field of cognitive epidemiology: demonstrating that, and finding out why, intelligence scores from childhood influence how long people live, and when and how they fall ill in middle and later life. Fourth, I’ve had a quiet and steady stream of studies looking at what aspects of intelligence fade when the brain is temporarily and mildly starved of its obligate fuel, glucose. There have been many other, less-programmatic studies, usually based on there being a nice big dataset, and with a bias towards my medical training and penchants for genetics, brain imaging and biological approaches generally. And another thing… I’ve never lost my nausea in response to ‘big theory’ in intelligence. Having said that, I think my research is a series of empirical footnotes and responses to Spearman (1904 & 1927).”