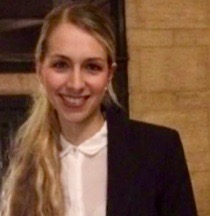 Biosketch: Kirsten obtained her Master of Science (Neurocognitive Psychology) from the Goethe University Frankfurt am Main in Germany. She is currently working on her PhD project in the Lab of Christian Fiebach and studies together with Ulrike Basten the neural underpinnings of human intelligence. Her primary aim is to understand how differences in organizational principles of intrinsic brain networks contribute to individual differences in general intelligence. On the base of human fMRI and EEG resting-state data, she models individual-specific brain networks as graphs and investigates the graphs topology in relation to intelligence.